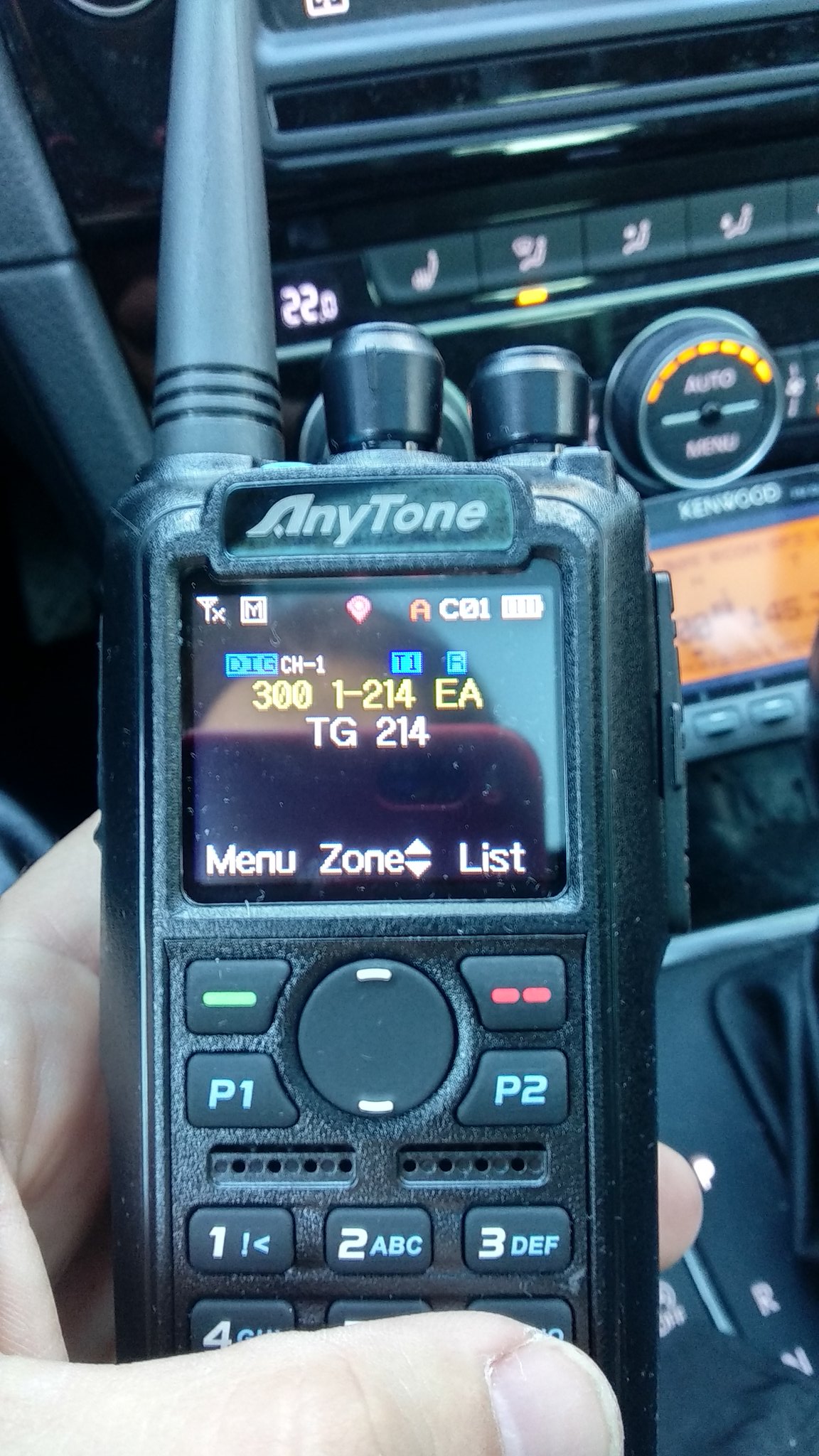 DMR is digital mobile radio.  This is a digital type of UHF/ VHF radio designed by ETSI in europe, and sponsored by the Digital Mobile Radio Association industry group.

DMR has been “adopted” by the Ham community and is currently a very hot item these days.  It transmits your voice in digital form and reconstructs it on the other side. The advantage of this type of radio is that it is incredibly quiet and clear. It transmits about the same distance as an analog two-way radio. Like digital television, once you get beyond its range though, it begins to break up, and then nothing. In comparison, in an analog system you simply descend into the static.

I’ve got two of the most popular units being sold currently, the Antyone AT-878 handheld, and the Antyone AT-578 mobile unit – which I am using indoors as a base station.

There are many DMR repeaters in the Albuquerque area and in New Mexico statewide, and I’m having a lot of fun. DMR can be used with a hotspot if you are nowhere near a repeater but have internet access. Hotspots act as a micro-repeater to your radio and use the internet as a backhaul for your communications. I’ll cover hotspots more in a later post.

The wonderful thing about digital DMR radios is that they also function as good old analog FM radios as well. The AT-578 base station can talk to the many analog amateur FM repeaters in Albuquerque.